The Executive Yuan held the “Productivity 4.0: Strategy Review Board Meeting” on June 4-5th , 2015. The GDP per capita of manufacturing and service industries, including machinery, metal processing, transportation vehicles, 3C, food, textile, logistics, health care, and agriculture, are expected to be over 10 million NT dollars by 2024.

This meeting focuses on three topics: Productivity 4.0 industry and technology development strategy, advanced development strategy on advanced manufacturing and innovation application, and strategy on engineering smart tech talents cultivation and Industry-academic Cooperation. The three main themes to be used to put the advanced manufacturing into force are smart automation and robots, sensing and control technologies from Internet of Things (IoT), and technologies used in analyzing the big data. As a result, the digitalization of small- and medium-sized business and smart operation of big business are as the cornerstones to build service-oriented systems and develop advanced manufacturing in R.O.C.. Facing challenges of labor shortages and aging labor forces, the Executive Yuan is planning to implement “Productivity 4.0” to stimulate the process of industry transformation of value-added innovation and provide new products and services in global market.

In implementing the above-mentioned policy goals, the Executive Yuan is planning three directions to be followed. First, global competitiveness is depended upon key technologies. As OEMs, manufacturing industry in R.O.C. is unable to provide products of self-owned brand and is vulnerable while facing challenges from other transnational companies. Second, the Premier, Dr. Mao Chi-kuo, made reference of the bicycle industry’s successful development model as an example for the Productivity 4.0 “A-Team” model. Through combining technologies and organizations, the aim is to build competitive supply chains across all the small- and medium-sized business. Finally, the new skills training and the cultivation of talents are more urgent than ever before. While technical and vocational schools, universities and postgraduate studies are needed to be equipped with sufficient fundamental knowledge, those already in the job market have to learn the skills and knowledge necessary for industrial transformation so that they could contribute their capabilities and wisdom for Ourfuture.

The Executive Yuan has approved the Productivity 4.0 Initiative on September 17, 2015. Before its approval, the Office of Science and Technology (OST) gave a presentation on the Draft of the Productivity 4.0 Initiative on July 23, 2015 detailing the underlying motives behind the program. Confronted with the challenges our traditional industries and OEMs meet, including labor shortages (the national laboring population ranging from age 15 to 65 has seen a substantial decrease of 0.18 to 0.2 million annually) and a aging labor force, the the Productivity 4.0 Initiative sets the directions for industrial development tackling these issues through six main strategies: enhancing and fine-tuning flagship industries’ smart-supply-chain ecosystems, encouraging the establishing of startups, localizing production and services, securing autonomy in key technologies, cultivating practical and technical talents and injection of industrial policy tools.

After hearing the presentation on the Initiative, the Premier, Mao Chi-kuo, made reference to the core ideas of the Productivity 4.0 Initiative in his concluding remarks. “The core concept of the Productivity 4.0 Initiative is to propel R.O.C. to a pivotal position in the global manufacturing supply chain by capitalizing on the nation’s core strength in industrial technology, while fostering an outstanding work environment stimulating synergy between employees and automotive systems in order to cope with R.O.C.’s imminent labor shortage,” Mao said

Also focusing on the Productivity 4.0 Initiative, the Premier gave a keynote speech titled ‘Views on the current economic and social issues’ at the Third Wednesday Club. He takes the view that the GDP downslide is of a structural nature and the government is going to guide the economy towards an upward path by assisting industries to innovate and transform. In an effort to remove the three major obstacles to innovation and entrepreneurship— discouraging laws and regulations, difficulty in raising capital and gathering financing as well as lack of international partnerships, the government has been diligently promoting the Third Party Payment Act as well as setting-up R.O.C. Rapid Innovation Prototyping League for Enterprises.

Among these measures, Industry 4.0 has been at the core of the Initiative, in which cyber-physical production system (CPS) would be introduced by integrating Cloud-computing and Internet of Things technology to spur industrial transformations, specifically industrial manufacturing, added-value services and agricultural production. The Productivity 4.0 Initiative is an imperative measure in dealing with R.O.C.’s imminent issues of labor shortage, and the aging society, its promising effects are waiting to unfold.

In an continual effort to put in place the most integrated infrastructural setting for the flourishing of its “Productivity 4.0 Plan”, Executive Yuan Premier Mao Chi-Kuo announced on the 22nd October that the overhaul infrastructural set-up will be focused on the development of core technologies and the cultivation of skilled technical labor. To this end, the Executive Yuan is gathering participation and resources from the Ministry of Economic Affairs (hereafter MOEA), Ministry of Education, Ministry of Science and Technology, Ministry of Labor, the Council of Agriculture, among other governmental bodies, collecting experiences and knowledge from academia and researchers, in order to improve the development of pivotal technologies, the training of skilled technical labor and consequently to improve and reform the present education system so as to meet the aforementioned goals.

Premier Mao Chi-Kuo pointed out that Productivity 4.0 is a production concept in which the industry is evolved from mere automation- to intelligent-based manufacturing, shifting towards a “small-volume, large-variety” production paradigm, closing the gaps between production and consumption sides through direct communication, hence allowing industry to push itself further on changing its old efficiency-based production model to an innovation-driven one.

Apart from the Research and Development efforts geared towards key technologies, Premier Mao stressed that the people element, involved in this transformative process, is what dictates Productivity 4.0 Plan’s success. The cross-over or multi-disciplinary capability of the labor force is especially significant. In order to bring up the necessary work force needed for Productivity 4.0, besides raising support for the needed Research and Development, an extensive effort should be placed in reforming and upgrading the current educational system, as well as the technical labor and internal corporate educational structure. Moreover, an efficient platform should be implemented so that opinions and experiences could be pooled out, thus fostering closer ties between industry, academia and research.

The MOEA stated that the fundamental premise behind the Productivity 4.0 strategy is that by way of systematic, brand-orientated formation of technical support groups, constituted by members of industry, academia and research, will we able to develop key sensor, internet and core technologies for our manufacturing, business and agriculture sector. It is estimated that by the end of year 2016, the Executive Yuan will have completed 6 major Productivity 4.0 production lines; supported the development of technical personnel in smart manufacturing, smart business and smart agriculture, amounting to 2,500 persons; established 4 inter-university, inter-disciplinary strategic partnerships in order to prepare much needed labor force for the realization of the Productivity 4.0 Plan. It is estimated that by the year 2020, industry has already developed the key technologies through the Productivity 4.0 platform, aiding to decrease by 50% the time currently needed to for Research and Development, increasing the technological sovereignty by 50% and accrue production efficiency by 15% and above. Furthermore, through the educational reforms, the nation will be able to lay solid foundations for its future labor talents, as well as connecting them to the world at large, effectively making them fit to face the global markets and to upgrade their production model. 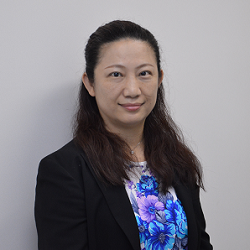 Legal Opinion Led to Science and Technology Law: By the Mechanism of Policy Assessment of Industry and Social Needs

With the coming of the Innovation-based economy era, technology research has become the tool of advancing competitive competence for enterprises and academic institutions. Each country not only has begun to develop and strengthen their competitiveness of industrial technology but also has started to establish related mechanism for important technology areas selected or legal analysis. By doing so, they hope to promote collaboration of university-industry research, completely bring out the economic benefits of the R & D. and select the right technology topics. To improve the depth of research cooperation and collect strategic advice, we have to use legislation system, but also social communication mechanism to explore the values and practical recommendations that need to be concerned in policy-making. This article in our research begins with establishing a mechanism for collecting diverse views on the subject, and shaping more efficient dialogue space. Finally, through the process of practicing, this study effectively collects important suggestions of practical experts.