With the advancement of an era of digital content, the industrial structure of the audio-visual content industry has gradually changed. The production and sales channels of audio-visual content have appeared to trend toward diversification. Emerging content channels or new media have replaced traditional TV stations. The transmission speed of digitized content is faster than the traditional media, which has become an output opportunity for the content of Taiwan in the international market. In the field of drama programs, there have been cases of successful global output, and international cooperation and export models have been gradually discovered. By contrast, non-drama TV programs of Taiwan still remain in the traditional production mode in lack of creation of new content or funds, as well as talents for production and international marketing, which leads to a vicious circle of industrial stagnation or even regression.

Funding is the first issue that needs to be resolved. "Due to the lack of money, the only thing that can be done is producing programs that no one wants to watch." Such a condition exists day after day that causes the entire non-drama programs to be depressed, and few people are willing to invest. By contrast, in China or South Korea, the linkage of its variety shows brings about the development of the content industry, and the benefits are amazing. The willingness to spend money on the investment at its initial stage is an essential element of success. However, if there is no successful case, it may not be easy to solely rely on Taiwanese private funds.

As far as the technical level of TV program production is concerned, it is particularly important to modelize TV programs if they are to be exported. The market transaction of international TV program formats has existed for many years, but the object of the transaction is the core content and production process of TV programs, that is, the TV program bible. For non-drama TV programs of our country, if it needs to sum up the core of the program in one sentence, it is not impossible to achieve. However, it still lacks the core content such as the famous tv show "THE Voice" that is sufficient to attract people. In addition, in terms of production, how to edit as well as integrate the stage and supporting design into the shooting so to present attractive programs is the relatively lacking part in TV programs of our country.

As for the cultivation of talents, Taiwan has yet rarely relevant talents who are able to research, develop, and independently write the TV program bible, as well as do marketing. By contrast, China has achieved remarkable results in TV programs in recent years. They have some consultant companies that specialize in writing a TV program bible for production companies. Their R&D personnel record details by following and observing the directors, producers, and photographers, of which the records gradually become a TV program bible. Some talents in China have mastered the art of writing TV program formats. They can even directly disassemble well-known foreign formats and rewrite them as Chinese versions for production, which has achieved success.

Taking a broad view of the status of foreign TV program formats, it is found that the output of creative development is not in the countries with big entertainment industries such as the United States, the United Kingdom, and France, but in small European countries such as the Netherlands and Israel, which have a large number of output of TV program formats. The Netherlands and Israel are not countries where the television industry is prosperous. However, their TV program output occupies an important position in the global market. Some programs have even produced more than 1,000 episodes in the world, with the output to countries including the United States, China and others. Similar to Taiwan, Netherlandish and Israeli TV programs are also faced with great limitations in production funds due to the small domestic market. However, many TV programs have been created by relying on the novel program content and taking full account of the needs of the international market.

In the international trade market of TV program formats, if you intend to successfully output a program, it not only contains a novel main idea, but also covers production and viewing. The output carrier of TV program formats is the "TV Format Bible". Its content includes various links of program rundown, personnel settings, camera lenses, sound effects and lighting, etc. As long as the program has a fixed existing model, no matter who plays the roles in the program, the quality of the program can be kept stable. This kind of production of non-drama TV programs according to the TV Format Bible is called TV Format.

The core value of formats often lies in the creative part of the content. How to effectively preserve the creativity and at the same time to claim the rights are of the most concern by ideators, and the carrier of modelizing creation is the "TV Format Bible".

The writing of the "TV Format Bible" is based on the thinking of TV Format structure. At the creative stage, the core content will be integrated into the production level, including how to set up the lighting and the arrangement of the camera to achieve the entertainment effect of the creative core content and other details. However, the value of the "TV Format Bible" comes from the ideation of ​​creativity, and whether creativity is to be protected by law has been controversial since always. Judging from the results of the current judgments on disputed cases concerning the TV Format, the more specific the TV Program Bible is written, the higher chance it has to be protected.

A successful variety show not only can bring about the domestic and foreign income from the show itself, but associated derivatives such as music, tourism, and peripheral products may also be able to obtain huge business opportunities due to the broadcast of the program. Therefore, although the TV Program Format is centered on its content, it actually involves issues of industrial management such as human resources, labor relations, corporate governance, taxation, fundraising, bankruptcy procedures, economic systems, and professional ethics. In addition, in aspects of commerce, marketing and management aspects, matters such as the establishment of the production team, the production process management, the acquisition and use of creation funds, and valuation are all covered in the operation of formats.

※The Development of Non-Drama TV Programs in Taiwan and the Protection of Intellectual Property Rights,STLI, https://stli.iii.org.tw/en/article-detail.aspx?no=105&tp=2&i=171&d=8490 (Date:2021/01/27)
Quote this paper 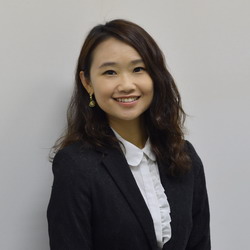