On October 2, 2020, South Africa and India summit a joint proposal (IP/C/W/669) (hereinafter as “first proposal”) for TRIPS council of the World Trade Organization(WTO), titled “Waiver from Certain Provisions of the Trips Agreement for the Prevention, Containment and Treatment of Covid-19”, called for temporary IP waiver of intellectual property in response for Covid-19 pandemic.

In first proposal, it supported a waiver from the implementation or application of Sections 1, 4, 5, and 7 of Part II of the TRIPS Agreement in relation to prevention, containment or treatment of COVID-19, which directs to copyright and related rights, industrial designs, patents and protection of undisclosed information. All enforcement measures under part III of the TRIPS agreement such as civil and administrative procedures and remedies, border measures and criminal procedures for protecting aforesaid intellectual property shall also be waived until widespread vaccination is in place globally, and the majority of the world's population has developed immunity[1].

On May 25, 2021, the first proposal was revised (IP/C/W/669/Rev.1, hereinafter as “second proposal”) and resubmitted for WTO by the African Group, The Plurinational State Of Bolivia, Egypt, Eswatini, Fiji, India, Indonesia, Kenya, The Ldc Group, Maldives, Mozambique, Mongolia, Namibia, Pakistan, South Africa, Vanuatu, The Bolivarian Republic Of Venezuela and Zimbabwe[2]. In the second proposal, the scope of IP waiver was revised to be limited to "health products and technologies" used for the prevention, treatment or containment of COVID-19, and the minimum period for IP waiver was 3 years from the date of decision.

2. The Pros and Cons of IP Waiver proposal

The IP waiver proposal is currently supported by over 100 WTO members. However, in order to grant the waiver, the unanimous agreement of the WTO's 159 members would be needed[3], but if no consensus is reached, the waiver might be adopted by the support of three-fourths of the WTO members[4].

The reason for IP waiver mainly focus on the increase of production and accessibility of the vaccines and treatments, since allowing multiple actors to start production sooner would enlarge the manufacturing capacity than concentrate the manufacturing facilities in the hands of a small number of patent holders[5]. Médecins Sans Frontières (MSF) also support IP waiver proposal to prevent the chilling effect of patents as hindrances of the introduction of affordable vaccines and treatment in developing countries[6], and urges wealthy countries not to block IP waiver to save lives of billions of people[7].

Most opponents against IP waiver proposal are rich countries such as European Union (EU), UK, Japan, Switzerland, Brazil, Norway, Canada, Australia[8]. On May 5, 2021, United States Trade Representative (USTR) announced its support the IP waiver, but only limited into vaccine[9].

EU was the main opponent against IP waiver proposal at the WTO[10]. On June 4, 2021, EU offered an alternative plan to replace IP waiver proposal. Specifically, EU proposed that WTO members should take multilateral trade actions to expand the production of COVID-19 vaccines and treatments, and ensure universal and fair access thereof. EU calls for WTO members to ensure that COVID-19 vaccines, treatments and their components can cross borders freely, and encourage producers to expand their production and provide vaccines with an affordable price. As to IP issues, EU encourages to facilitate the exploitation of existing compulsory licensing systems on TRIPS, especially for vaccine producers without the consent of the patent holder[11].

Many pharmaceutical companies also express dissent opinions against the IP waiver proposal. The International Federation of Pharmaceutical Manufacturers and Associations (IFPMA) indicated that the proposal would let unexperienced manufacturers, which are devoid of essential know-how, join into vaccine supply chains and crowd out the   established contractors[12].

The chief patent attorney for Johnson & Johnson pointed out that since the existing of IP rights not only promote the development of safe and effective vaccines at record-breaking speed, but also allow the IP owner to enter into agreements with appropriate partners to ensure the production and distribution of qualitied vaccines, the problem resides in infrastructure rather than IP. Thus, instead of IP waiver, boosting adequate health care infrastructure, vaccine education and medical personnel might be more essential for COVID-19 vaccines equitably and rapidly distributed[13].

Pfizer CEO warned that since the production of Pfizer’s vaccine would require 280 different materials and components that are sourced from 19 countries around the world, the loss of patent protection may trigger global competition for these vaccine raw materials, and thus threaten vaccine production efficiency and affect vaccine safety[14].

Moderna CEO said that he would not worry about the IP waiver proposal since Moderna had invested heavily in its mRNA supply chain, which did not exist before the pandemic, manufacturers who want to produce similar mRNA vaccines will need to conduct clinical trials, apply for authorization, and expand the scale of production, which may take up to 12 to 18 months[15].

The grant of the IP waiver proposal might need the consensus of all WTO members. However, since the proposal might not be supported by several wealth countries, which might reflect the interest of big pharmaceutical companies, reach the unanimously agreement between all WTO members might be difficult. Besides, the main purpose for IP waiver is to increase the production of vaccines and treatments. However, when patent protection was lifted, a large number of new pharmaceutical companies lacking necessary knowhow and experience would join the production, which might not only result in snapping up the already tight raw materials, but also producing uneven quality of vaccines and drugs. Since patent right is only one of the many conditions required for the production of vaccines and drugs, IP waiver might not help increase the production immediately. Thus, other possible plans, such as the alternative plan proposed by EU, might also be considered to reduce disputes and achieving the goal of increasing production.

As to the impact of the IP waiver proposal for Taiwan, it can be analyzed from two aspects:

1. Whether Taiwan need IP waiver to produce COVID-19 vaccine and drugs in need

In fact, there are many COVID-19 related IP open resources for innovators to exploit, such as Open COVID Pledge[16], which provides free of charge IPs for use. Even for vaccines, Modena had promised not to enforce their COVID-19 related patents against those making vaccines during COVID-19 pandemic[17]. Therefore, currently innovators in Taiwan could still obtain COVID-19 related IPs freely without overall IP Waiver. Needless to say, since many companies in Taiwan still work for the research and development of COVID-19-related medical device and drugs, sufficient IP protection could guarantee their profit and stimulate future innovation.

Accordingly, since Taiwan could produce COVID-19 vaccines and drugs in need domestically by existing patent compulsory licensing system, and could obtain other COVID-19 related IPs via global open IP resources, in the meantime IP protection would secure Taiwan innovator’s profit, IP waiver proposal might not result in huge impact on Taiwan.

[1]Waiver From Certain Provisions Of The Trips Agreement For The Prevention, Containment And Treatment Of Covid-19, WTO, Oct 2, 2020, https://docs.wto.org/dol2fe/Pages/SS/directdoc.aspx?filename=q:/IP/C/W669.pdf&Open=True (last visited July 5, 2021)

[2]Waiver From Certain Provisions Of The Trips Agreement For The Prevention, Containment And Treatment Of Covid-19 Revised Decision Text, WTO, May 25, 2021, https://docs.wto.org/dol2fe/Pages/SS/directdoc.aspx?filename=q:/IP/C/W669R1.pdf&Open=True (last visited July 5, 2021) 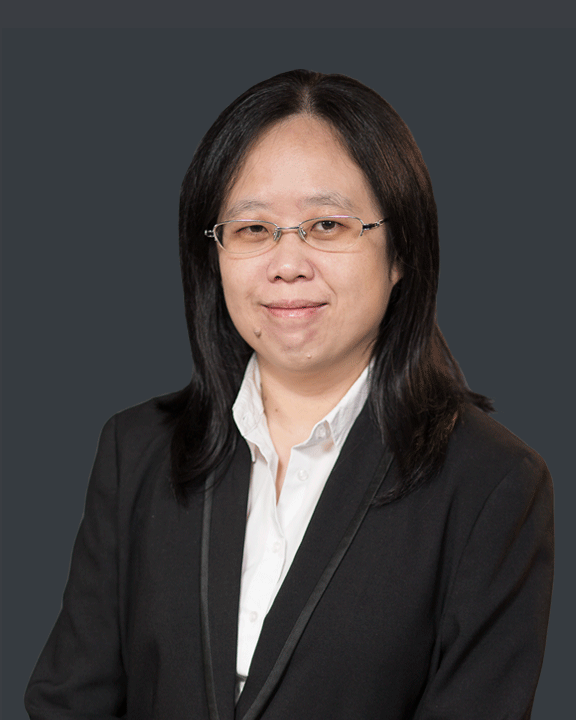 Background Blockchain is a technology with the ability to decentral and distribute information. It records encrypted information of the user’s behavior. Blockchain has disintermediate, transparency, programmable, autonomous, immutable and anonymous essential features. The first application of blockchain is to develop cryptocurrency and a payment system, Bitcoin, which has overturned traditional concept of the currency model we knew. So far, blockchain has been widely applied in many territories, such as the intellectual property protection system, called the Blockai, which is a website using blockchain to overcome the plight of piracy in the United States. Example The Library of Congress in the United States found that it had been lack of efficiency for the copyright management. Blockai provided a solution for the Library. Authors will benefit from having proof of publication and copyright monitoring by registering with Blockai. The Blockai system securely timestamps copyright claims in the distributed database based on the Bitcoin protocol. For each copyright claim, a proof file is made available through the footer of the certificate and can be verified by authors using this open source proof verification tool, and it is free of charge for everyone. Although the "Proof of Publication" does not constitute admissible evidence in a trial, it is still credible in its technical features. Conclusion In Taiwan, there is still no copyright registering system. Before a copyright infringement suit may be filed in court, the burden of proof is on the copyright owner. For it is difficult for the copyright owner to provide a credible evidence in trial. We may consider using the experiences of other countries for our reference, developing the intellectual property protection system based on blockchain technology in order to help authors preserve their rights, and provide legal services as a legal technology.