The IP Strategy of Collaboration during COVID-19 Pandemic in Taiwan

The IP Strategy of Collaboration during COVID-19 Pandemic in Taiwan

Since the end of 2019, the coronavirus disease called “COVID-19” has become a global pandemic. World Health Organization (WHO) has announced that COVID-19 a Public Health Emergency of International Concern (PHEIC) on Feb. 12, 2020. WHO also announced that the new corona virus pandemic is requiring substantial efforts to enable regular information sharing and research, the global community should demonstrate solidarity and cooperation.[1] Dr. Mukhisa Kituyi, the Secretary-General of United Nations Conference on Trade and Development (UNCTAD), pointed out that Collaboration is the engine of global science under COVID-19 pandemic. Global community should take the experience of Ebola outbreak in 2014-15, through global collaboration can provide opportunities both to create new knowledge and to increase the impact of research by diffusing existing knowledge, quickly and at all levels. Both “openness on data” and “open science in real time” are the key factors of improving collaboration under the crisis.[2]

Chesbrough (2020) noted that the pandemic stimulating innovation in management of intellectual property, such as initiatives like “Open COVID Pledge” encourages companies and universities to release intellectual property for fighting against COVID-19. The IP strategy based on “Open Innovation” concept can go much further, to play an important role in recovering after the crisis.[3] There are two international famous cases in Taiwan, “National face mask production team” and “Face mask map” helped Taiwanese people to overcome the crisis lack of masks during the pandemic. Both cases show the importance of open innovation in facing the crisis, and contain the concept of IP strategy based on collaboration.

Because over 80% of face masks rely on imports, Taiwanese government was aware of the lack of masks when the epidemic began. Since the first COVID-19 case in Taiwan was confirmed on Jan. 21, surgical face masks were sold out in a very short time. The government banned the export of masks on Jan. 24 for controlling the shortages, but it was still a big problem that the production lines at that time could not afford the demand of Taiwanese people. Therefore, how to obtain a large number of mask production lines in a short time and ensure the supply of raw materials had become the primary issue. The government invested NT$200 million (US$6.66 million) and recruited over 100 technicians to form the team named “National face mask production team”. The national team is composed of volunteers from industry and research institutions, especially from Taiwan Machine Tool and Accessory Builders' Association (TMBA).

From Feb. 5 to Mar. 5, the national team completed an estimated half a year’s workload including 62 mask production lines. And the team immediately started the second phase of work to meet the extremely large domestic demand for masks, finally they completed 92 mask production line 6 weeks[4] and continue to assist the government in anti-counterfeiting masks. The key factor for the team to complete such a large amount of work in a very short time is not only the selfless dedication of team members but they effectively utilize and share their advantages in their own industrial field. These team members are “Hidden Champions” of global supply chain, after understanding the composition and principle of each part of the mask production line, they immediately began to assign the work and contributed their skill, know-how and experience of machine tools and accessories for mask-producing collaboration.

In additional to the national face mask production team case, the “face mask map” is another successful case of collaboration during the epidemic in Taiwan. In the beginning of the epidemic, Taiwanese people rushed to buy surgical face masks, resulting in insufficient supply of domestic masks. The government implemented face mask purchase controlling such as limiting three per day and later only two per week through the National Health Insurance Administration (NHIA). According to the rationing system, people can buy surgical face masks at NHIA-contracted pharmacies near their home. But in fact, due to the face mask distribution information was not disclosed, people often have to go to many pharmacies to buy masks. Thus, people spontaneously developed “face mask map”, combined with pharmacy locations on Google Maps and the data of inventory quantity in each pharmacies, to help people know where to buy surgical face masks.

Taiwan’s Minister without Portfolio Audrey Tang was in collaboration with Taiwanese software engineers to develop a “real-time map” of local face mask supplies through connecting pharmacy locations on Google Maps and the data of mask inventory quantity in NHIA’s database. With the support of the NHIA database opened according to the license terms compatible with Creative Commons (CC) 4.0, the platform contains over 100 programs and applications was successfully created by public-private collaboration.[5] This platform is jointly maintained by the open community, each member of the community can actively report the updated version information of the applications. Even if the platform has retired due to the implementation of “Name-based Mask Distribution System 3.0”, the successful experience of public-private collaboration platform through “open data” and “open source software” becomes an important foundation of future development. 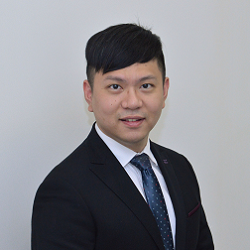 The Demand of Intellectual Property Management for Taiwanese Enterprises