Take the “immutable” for example, it is conflict with the right to erase (also known as the right to be forgotten) in the GDPR.With encryption and one-time pad (OTP) technology, data subjects can make data off-chain storaged or modified at any time in a decentralized platform, so the problem that data on blockchain not meet the GDPR regulation has gradually faded away.

II. What is GDPR?

The purpose of the EU GDPR is to protect user’s data and to prevent large-scale online platforms or large enterprises from collecting or using user’s data without their permission. Violators will be punished by the EU with up to 20 million Euros (equal to 700 million NT dollars) or 4% of the worldwide annual revenue of the prior financial year.

The aim is to promote free movement of personal data within the European Union, while maintaining adequate level of data protection. It is a technology-neutral law, any type of technology which is for processing personal data is applicable.

So problem about whether the data on blockchain fits GDPR regulation has raise. Since the blockchain is decentralized, one of the original design goals is to avoid a large amount of centralized data being abused.

Sometimes, private chain is not completely decentralized. The demand for the use of blockchain has developed a hybrid of two types of blockchain, called “alliance chain”, which not only maintains the privacy of the private chain, but also maintains the characteristics of public chains. The information on the alliance chain will be open and transparent, and it is in conflict with the application of GDPR.

III. How to GDPR apply to blockchain ?

First, it should be determined whether the data on the blockchain is personal data protected by GDPR. Second, what is the relationship and respective responsibilities of the data subject, data controller, and data processor? Finally, we discuss the common technical characteristics of blockchain and how it is applicable to GDPR.

1. Data on the blockchain is personal data protected by GDPR?

First of all, starting from the technical characteristics of the blockchain, blockchain technology is commonly decentralized, anonymous, immutable, trackable and encrypted. The other five major characteristics are immutability, authenticity, transparency, uniqueness, and collective consensus.

Further, the blockchain is an open, decentralized ledger technology that can effectively verify and permanently store transactions between two parties, and can be proved.

It is a distributed database, all users on the chain can access to the database and the history record, also can directly verify transaction records. Each nodes use peer-to-peer transmission for upload or transfer information without third-party intermediation, which is the unique “decentralization” feature of the blockchain.

In addition, the node or any user on the chain has a unique and identifiable set of more than 30 alphanumeric addresses, but the user may choose to be anonymous or provide identification, which is also a feature of transparency with pseudonymity[1]; Data on blockchain is irreversibility of records. Once the transaction is recorded and updated on the chain, it is difficult to change and is permanently stored in the database, that is to say, it has the characteristics of “tamper-resistance”[2].

Therefore, if data subject cannot be identified by the personal data on the blockchain, that is an anonymous data, excluding the application of GDPR.

According to Opinion 05/2014 on Anonymization Techniques by Article 29 Data Protection Working Party of the European Union, “anonymization” is a technique applied to personal data in order to achieve irreversible de-identification[3].

As the blockchain evolves, it will be possible to develop technologies that are not regulated by GDPR, such as part of the encryption process, which will be able to pass the court or European data protection authorities requirement of anonymization. There are also many compliance solutions which use technical in the industry, such as avoiding transaction data stored directly on the chain.

In other words, GDPR applies only when the data on the blockchain is not anonymized, and involves the processing of personal data of EU citizens.

Therefore, if the encryption technology involves the public storage of EU citizens' personal data and passes it to a third-party controller, it may be identified as the “data controller” under Article 4 of GDPR, and all nodes and miners of the platform may be deemed as the “co-controller” of the data, and be assumed joint responsibility with the data controller by GDPR. For example, the parties can claim the right to delete data from the data controller.

In addition, a blockchain operator may be identified as a “processor”, for example, Backend as a Service (BaaS) products, the third parties provide network infrastructure for users, and let users manage and store personal data. Such Cloud Services Companies provide online services on behalf of customers, do not act as “data controllers”. Some commentators believe that in the case of private chains or alliance chains, such as land records transmission, inter-bank customer information sharing, etc., compared to public chain applications: such as cryptocurrencies (Bitcoin for example), is not completely decentralized, and more likely to meet GDPR requirements[5]. For example, in the case of a private chain or alliance chain, it is a closed platform, which contains only a small number of trusted nodes, is more effective in complying with the GDPR rules.

Off-chain storage technology can help the blockchain industry comply with GDPR rules, allowing offline storage of personal data, or allow trusted nodes to delete the private key of encrypted information, which leaving data that cannot be read and identified on the chain. If the data is in accordance with the definition of anonymization by GDPR, there is no room for GDPR to be applied.

In summary, it’s seem that the application of blockchain to GDPR may include: (a) being difficulty to identified the data controllers and data processors after the data subject upload their data. (b) the nature of decentralized storage is transnational storage, and Whether the country where the node is located, is meets the “adequacy decision” of Article 45 of the GDPR.

If it cannot be met, then it needs to consider whether it conforms to the transfers subject to appropriate safeguards of Article 46, or the derogations for specific situations of Article 49 of the GDPR. 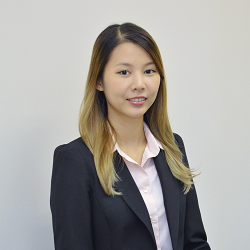