> Article > Information and Communication Law
Back
Previous Next The Research on Cybersecurity Risks in 5G network: Perspectives on Global strategy

The global economy is shifting away from traditional economic models towards an emerging digital era as technology advancement and new applications are introduced. The rapidly changing digital age has led to a gradual transformation in the way digital technology is used in the industry, thereby driving the overall growth of the global digital economy. The digital economy is driven by "data," and how data is used, its purpose, risks and regulation are all inextricably intertwined with industrial development and application, as is the case for the communications industry.

As such, while the free circulation of data has become central to international free trade and economic operations, it is not only conducive to the promotion of transnational business and economic and trade interactions, but also fraught with worry and concern over how to ensure the protection and security of personal data and privacy. As a result, the issue of how to adapt the data risk control mechanism and related complementary measures so that they can be applied to the industry and comply with regulatory requirements has become a global reality that must be actively addressed. As far as Taiwan is concerned, when considering how to cope with industry needs, there is a pressing need to strike a balance between personal data and international regulatory requirements, and to expedite the legitimate utilization of personal data protection and data value-added service in the sector in an effort to facilitate the development of the digital economy.

Second, with regard to the formulation of regulations and amendments to existing laws relating to data applications, the most noteworthy is the EU Data Governance Act 2021. Taiwan does not have a complete and appropriate legal framework for data application, except for the Freedom of Government Information Law, the Personal Data Protection Act (PDPA) and the relevant laws and regulations distributed in various fields, and the nation is currently seeking an adequacy decision from the EU, and therefore our PDPA needs to be amended accordingly, yet no progress has been made at this stage. Consequently, a comprehensive strategy should be developed by taking into account both the formulation of the basic data application regulations and the amendments to the current PDPA, in order to achieve long-term data governance and application and sharing.

Lastly, in terms of the incorporation of the concept of data empowerment and the design of the mechanism, the international trend moves towards data empowerment to give data subjects more control over their data. The Financial Supervisory Commission (FSC) of Taiwan has also incorporated this idea in its open banking, so has the National Development Council’s (NDC) MyData program. As such, it is suggested that the government should provide guidelines or devise the relevant system, or even make reference to the Japanese data bank mechanism regarding the establishment of intermediaries to assist consumers in managing their data, which could be used as a reference for the design of the mechanism in the future.

III. Accountability for and Management of Data Use in Enterprises

Among the countries studied regulation of Singapore and Taiwan are similar and have adopted the development of digital economy as their main economic strategy, but Singapore has been more proactive than Taiwan in the design of the legal system to facilitate the use of data. Therefore, with regard to the control of data use in businesses by the competent authorities, this Project, by looking at the amendment to the Singaporean PDPA, aims to reinforce the regulation of the accountability system and the operation of the existing series of guidelines. From the changes in Singapore's PDPA, it can be observed that the competent authorities can refer to the practices of enterprises in the use of data.

First of all, the existing regulations in Taiwan tend to have more about compliance than accountability, with emphasis being placed on data security maintenance and compliance with the PDPA. For instance, Taiwan’s “Regulations Governing Security Measures of the Personal Information File for Non-government Entities Designated by National Communications Commission” focus on following the law on the use of personal data. Nonetheless, the so-called accountability means that the competent authorities must oversee the implementation of data protection measures and policies of enterprises, not just pro forma compliance with the letter of the law.

The second observation is that Singapore is quite proactive in addressing the need for data use in the development of its digital economy by making an exception to innovative uses regarding informed consent. The inclusion of data portability also represents a heightened control of the data subject. These amendments are all related to Singapore's policy of actively developing its smart nation initiative and signify a more proactive approach by the authorities in monitoring the use of data by businesses. Taiwan needs to be more open and precise in regulating the use of data for the development of its digital economy.

Finally, there is increased flexibility in enforcement, as authorities can resolve disputes between subjects over data use more quickly through the introduction of mediation or other alternative dispute resolution (ADR) mechanisms. Meanwhile, the Personal Data Protection Commission (PDPC) has developed industry-specific consultation guidelines, recognizing that there may be specific issues for different industries. The PDPC noted that these guidelines are based on the partnerships, consultations and feedback associated with the relevant industries, and close collaboration with the industry's authorities of target businesses.

※Research on the Introduction of Privacy Protection Management Mechanisms and Data Value-Added Services into Communications Enterprises in 2020,STLI, https://stli.iii.org.tw/en/article-detail.aspx?no=105&tp=2&i=169&d=8762 (Date:2022/06/25)
Quote this paper 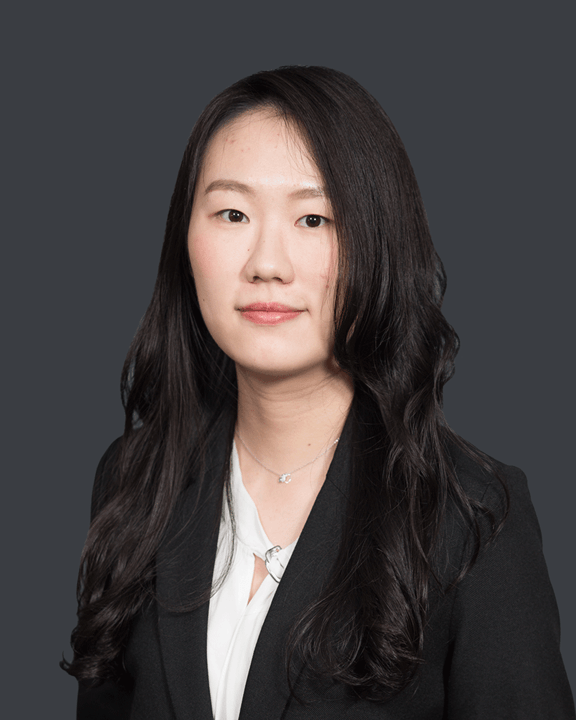 Back
Previous Next The Research on Cybersecurity Risks in 5G network: Perspectives on Global strategy
You may be interested
The legal challenges of ubiquitous healthcare

Whereas the burden of private nursing for the elderly is getting heavier, industrialized countries with an aging society are endeavoring to seek possibilities of reducing the unit healthcare cost, such as technology assistance, and even the introduction of the brand new care type or model, which is an emerging application field of increasing importance. The development of such kind of healthcare industry not only is suitable for aging societies but also coincides with the growing health management trend of modern people. Also, while the focus on acute diseases in the past has changed to chronic diseases which are common to most citizens, the measuring and monitoring of physiological indicators, such as blood pressure, pulse, blood sugar and uric acid have critical effects on condition control. However, it will mean huge financial and physical burdens to the elderly or suffering from chronic diseases if they need to travel to hospitals to measure these physiological indicators. At this moment, an economical, reliable and timely physiological information collection and transfer system will be technology with good potential. For this reason, the purpose of this study is to investigate the potential business opportunities by applying the emerging information technology (IT) to the healthcare industry and the derivative legal and regulatory issues, with a focus on the seamless healthcare industry. It is hoped that by assessing the opportunity and risk in terms of legal and strategic analysis, we can single out the potential imbalance of fitting seamless healthcare, an IT-enabled service (ITeS), in the conventional control framework, and thereby establish a legal environment more appropriate for the development of the seamless healthcare industry. Referring to the existing electronic healthcare classification, the industry is divided into the following four blocks: electronic content provider, electronic product provider, electronic linking service provider and electronic passport service provider. Also, by depicting the outlook of the industry, the mode of application and the potential and common or special legal problems of different products are clarified. Given that health information collected, stored and transferred by electronic means involves unprecedented risk in information privacy and security, and that the appropriate control of such risk will affect the consumer’s faith in and willingness to subscribe seamless healthcare services, this study analyzed the privacy framework of the USA, the EU and Taiwan. Results indicate that future privacy legislation in Taiwan should include the protection for non-computer-processed personal information, expand the scope and occupation of applications, reinforce control incentives, and optimize the privacy protection mechanism. Further, only when service providers have the correct and appropriate concept of privacy protection can the watch-and-wait attitude of consumers be eliminated. These can help to promote subsequent development of the industry in the future. Due to the booming international trade as a result of globalization, and the gradual opening of the domestic telecommunication and healthcare markets following Taiwan’s entry into the WTO, transnational distance healthcare will gradually become a reality. However, the determination of the qualifications of practitioners is the prerequisite of transnational healthcare services. Taiwan may also consider lowering the requirements for physicians to practice in other countries and thereby to enhance the export competitiveness of Taiwan’s healthcare industry by means of distance healthcare via endorsement or reciprocity. Lastly, whereas the risks distance healthcare involves are higher than conventional healthcare services, the sharing of burdens and disputes over applicable laws in case of damages are the gray areas for executive control or judicial practice intervention. For this reason, service providers are unwilling to enter the market because the risks are too unpredictable. Therefore, this study recommends that the insurance system for distance healthcare should be the focus of future studies in order to promote the development of the industry.

Challenges and Opportunities from Digital Convergence

The Coverage and Policies of Critical Infrastructure Protection in U.S.